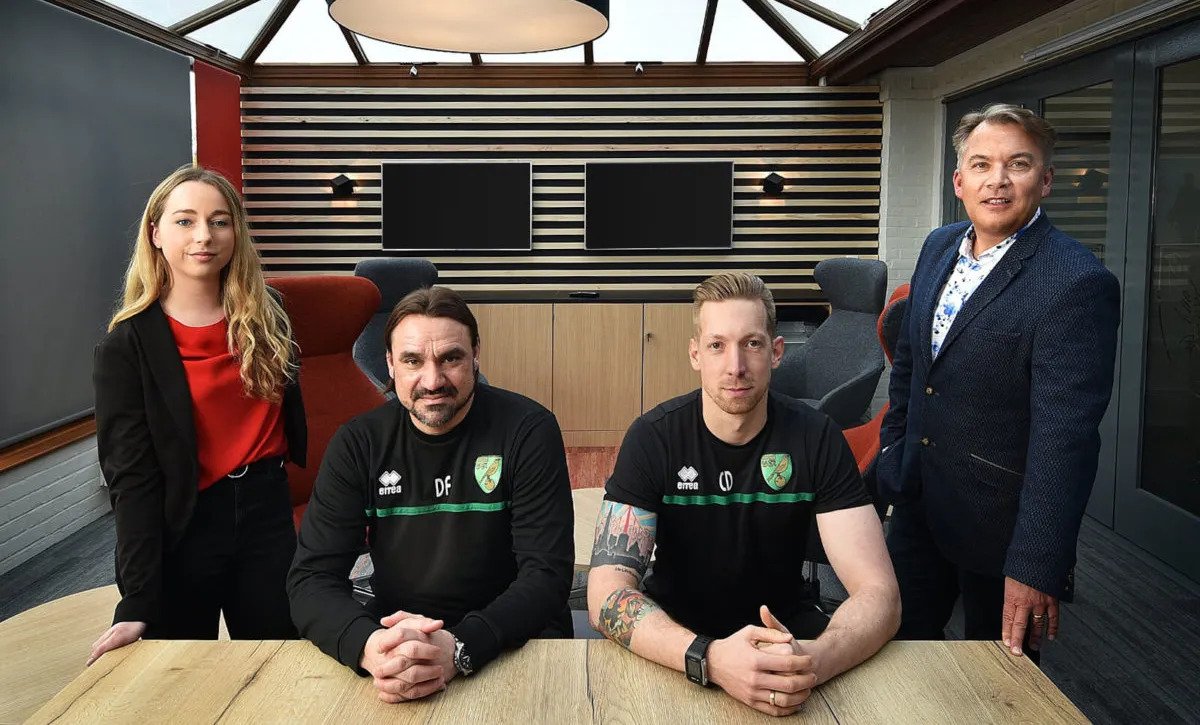 Norwich City FC contacted us to create a new look for their Player’s Lounge, an informal space which they use to unwind and strengthen their team bond. 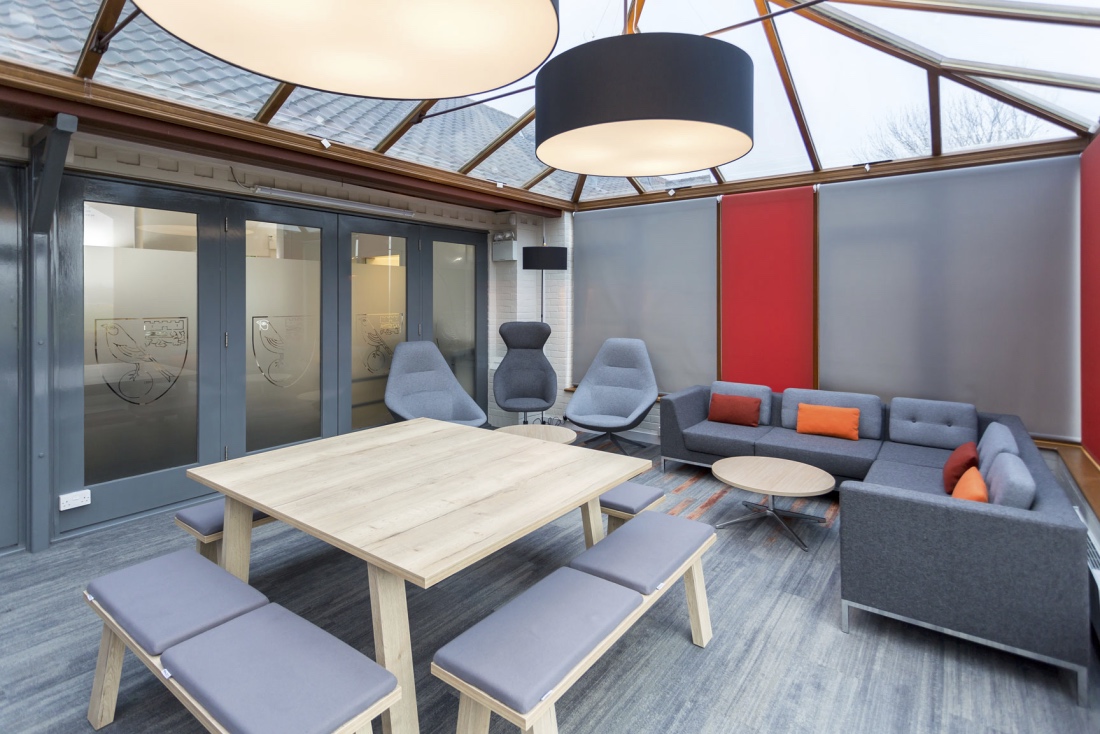 A place to unwind and strengthen their team bond 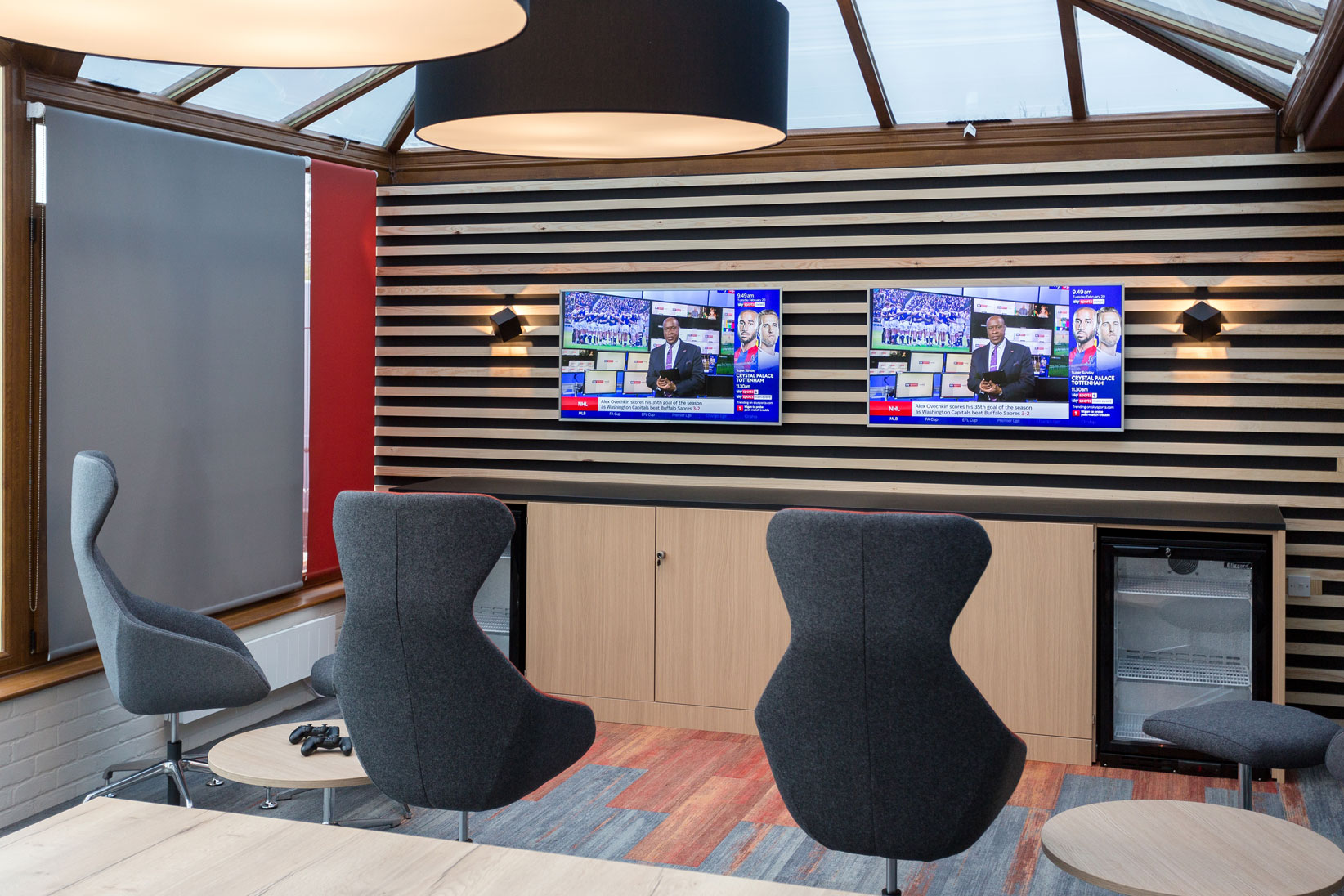 It’s brilliant and Bluespace have done an extraordinary job 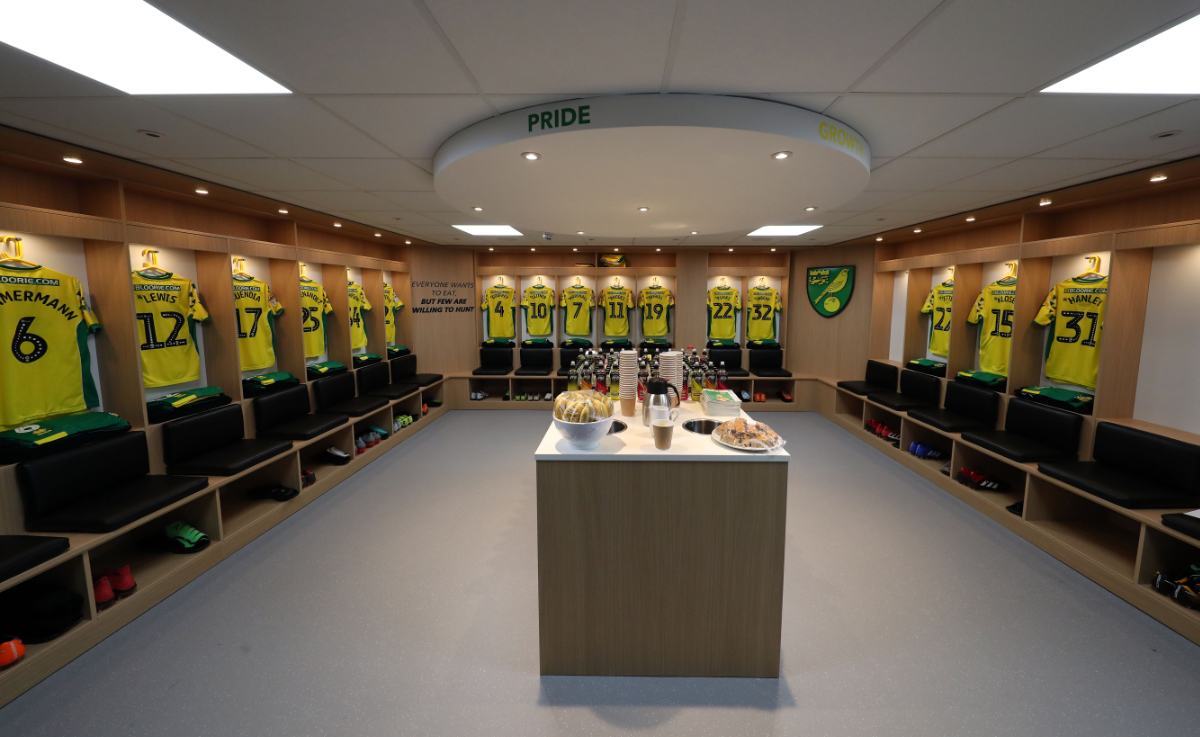 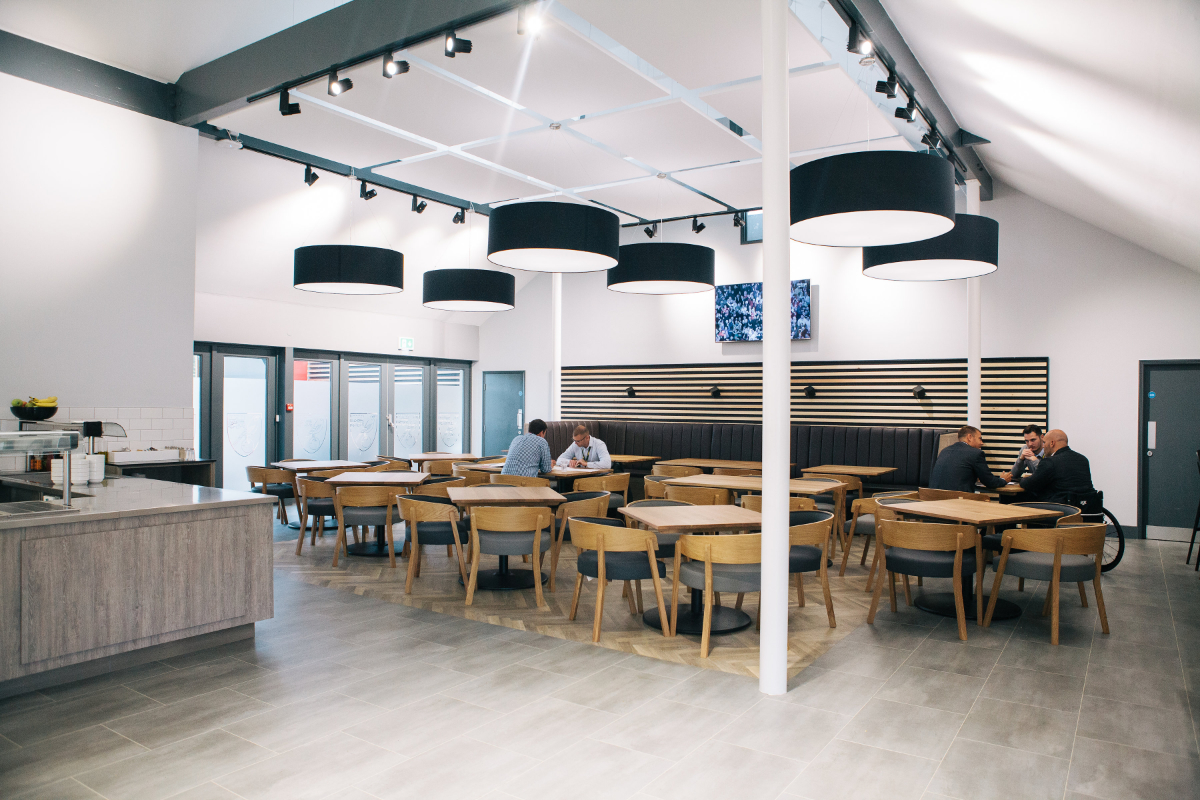 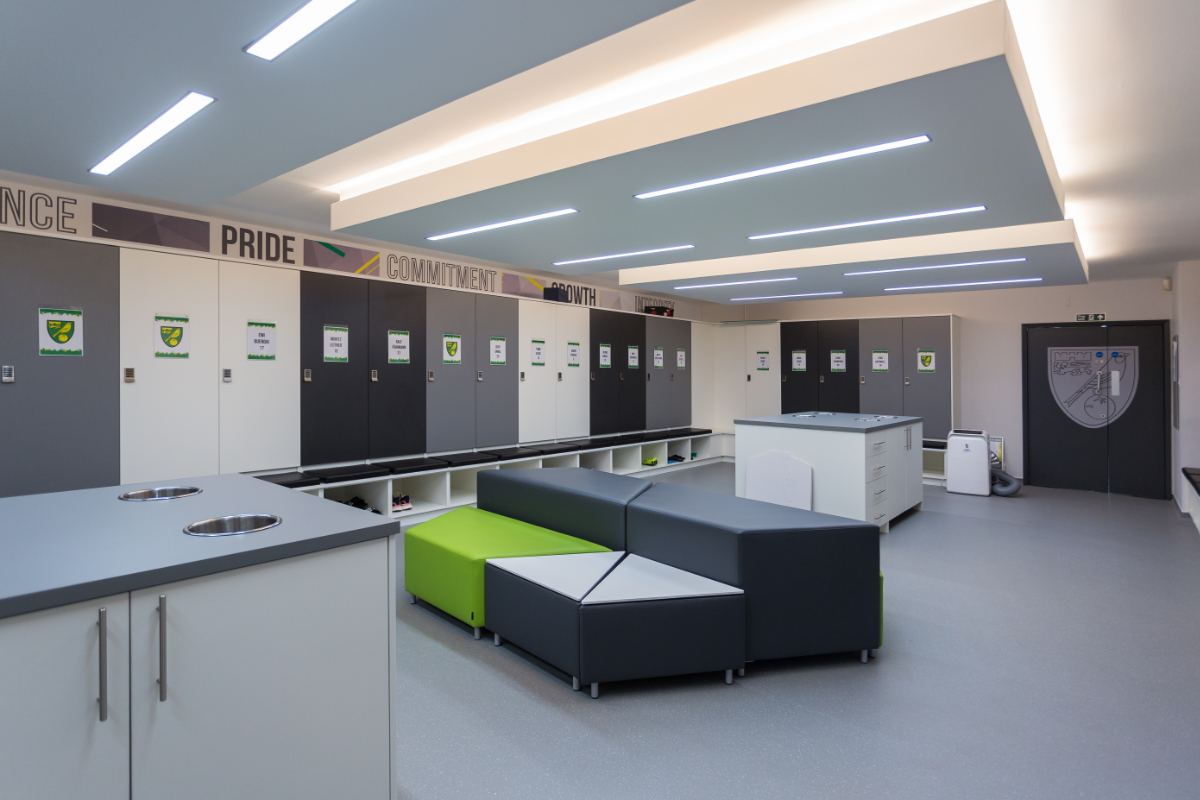 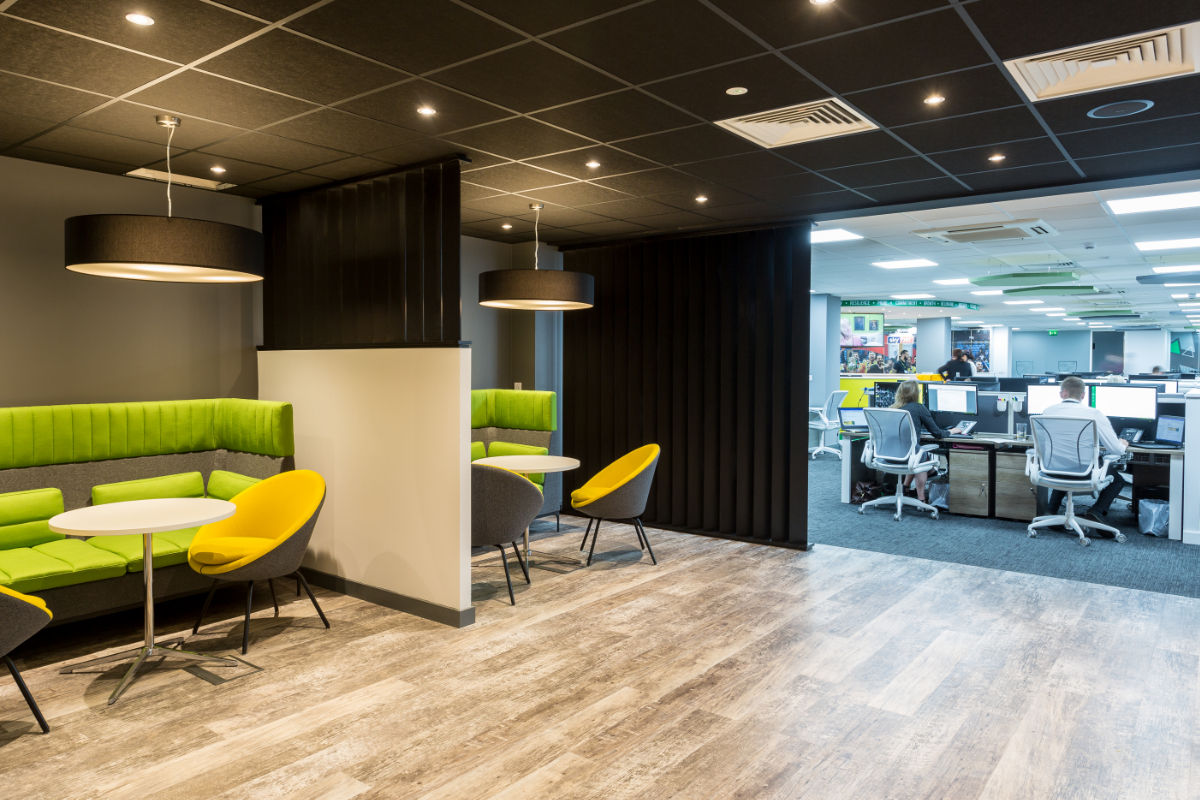 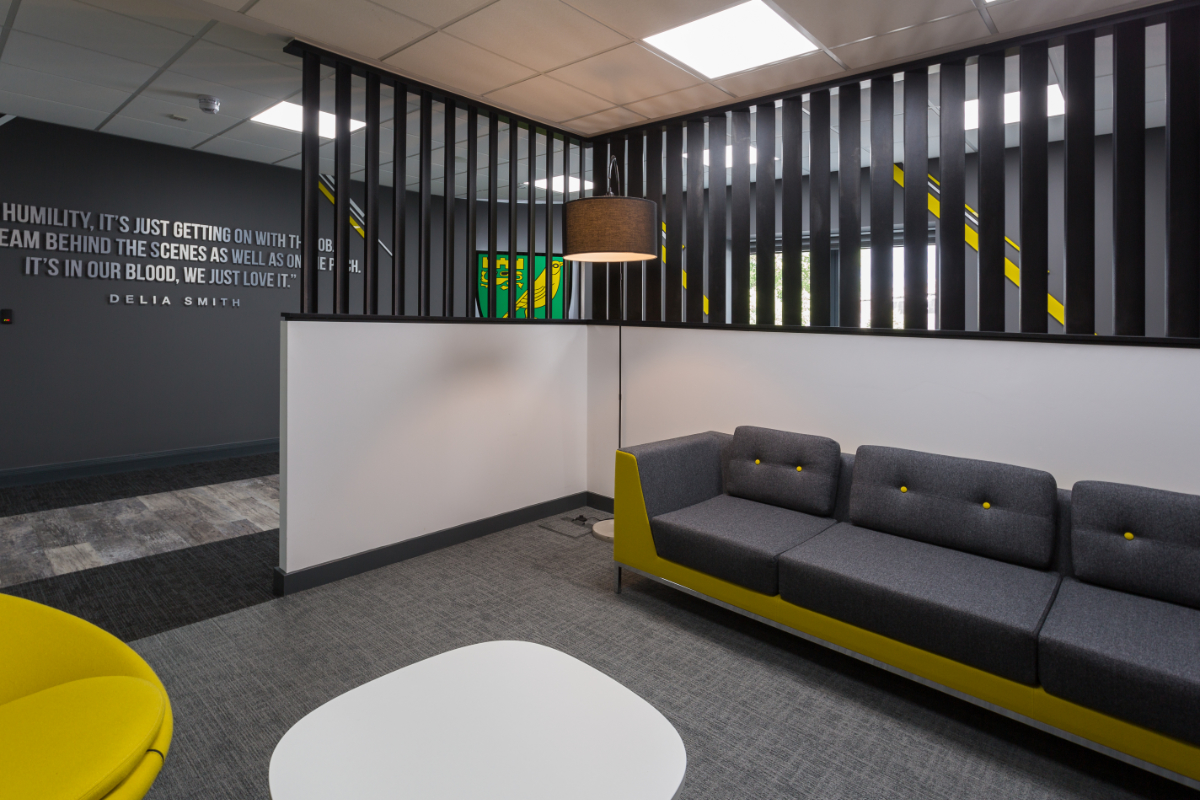 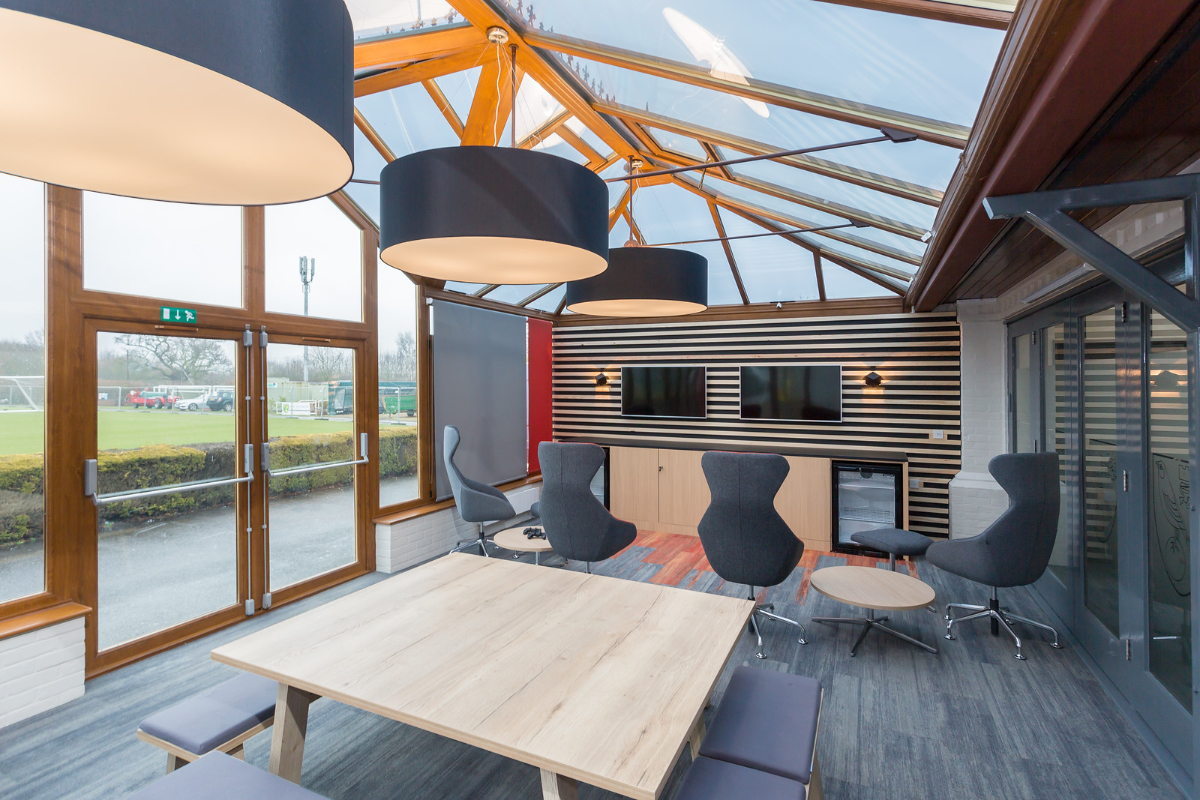 Norwich City Football Club are the pride of Norfolk, and the only professional football club in the county. With their official grounds in the heart of Norwich at Carrow Road, the Club also has a training centre in Colney, South of the city.

Norwich City FC contacted us to create a new look for their Player’s Lounge, an informal space which they use to unwind and strengthen their team bond. The space itself was a wooden framed conservatory overlooking the training pitches.

We worked hard to transform the space away from a standard conservatory, creating contemporary designs and incorporating a range of high-end furniture pieces to tie the concept together. Some bespoke carpentry, large drum light shades and a soft colour palette perfectly finished off the new, modern style of the room.

Outlining the benefits, Head of Performance Chris Domogalla explained: “We’re very thankful for this extraordinary room. When the players work hard, they need a space to recover. I totally believe that work plus rest equals success. We take care of the physical training and the load but we also wanted them to have a space where they can relax mentally and physically. It will have a huge impact for the players from the mental side.”

The Player’s Lounge is now a space that can be used effectively by the Club, and which positively represents both the Club and the players. The space has been very well received and we look forward to working with Norwich City Football Club again in the future. 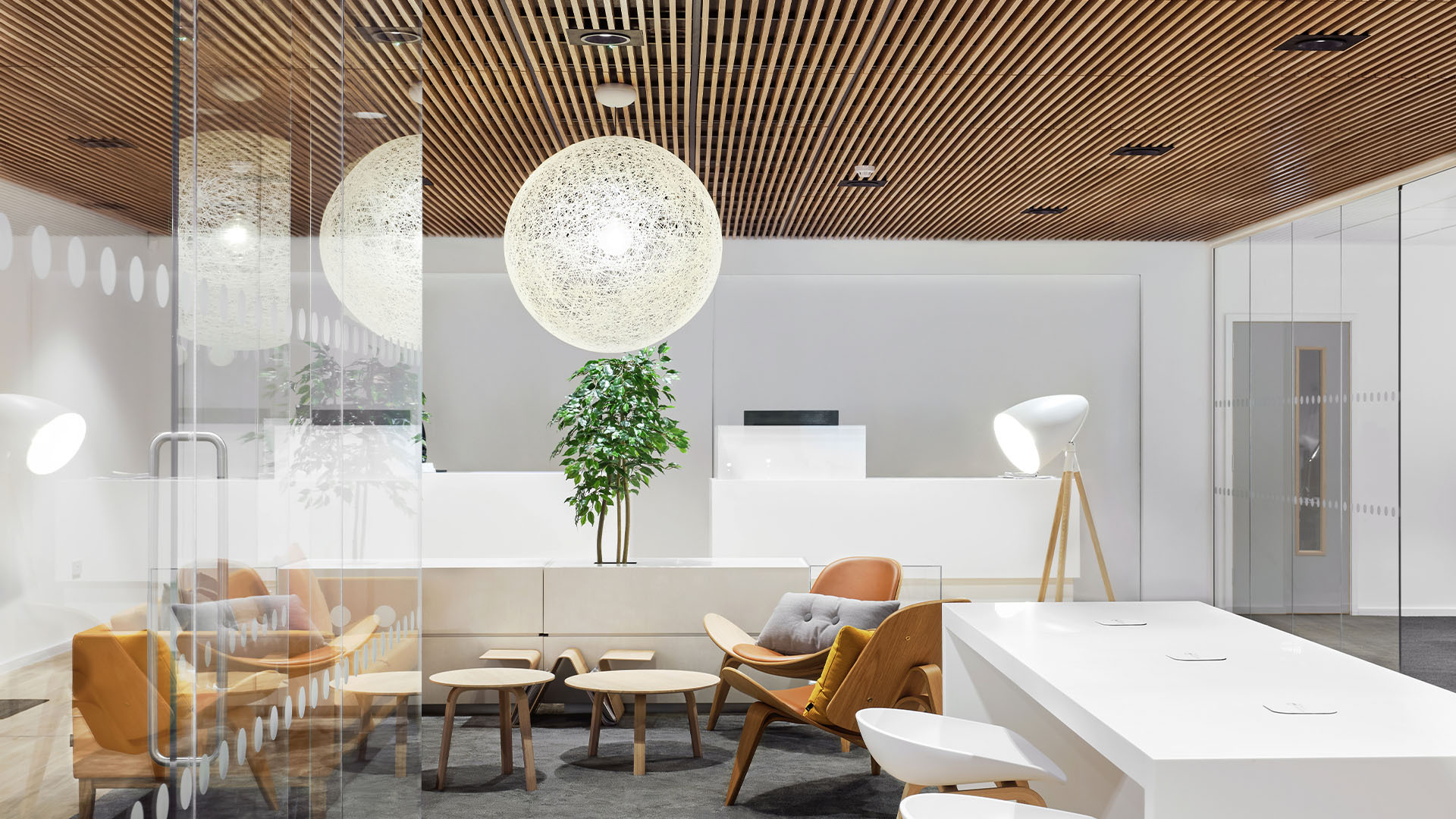 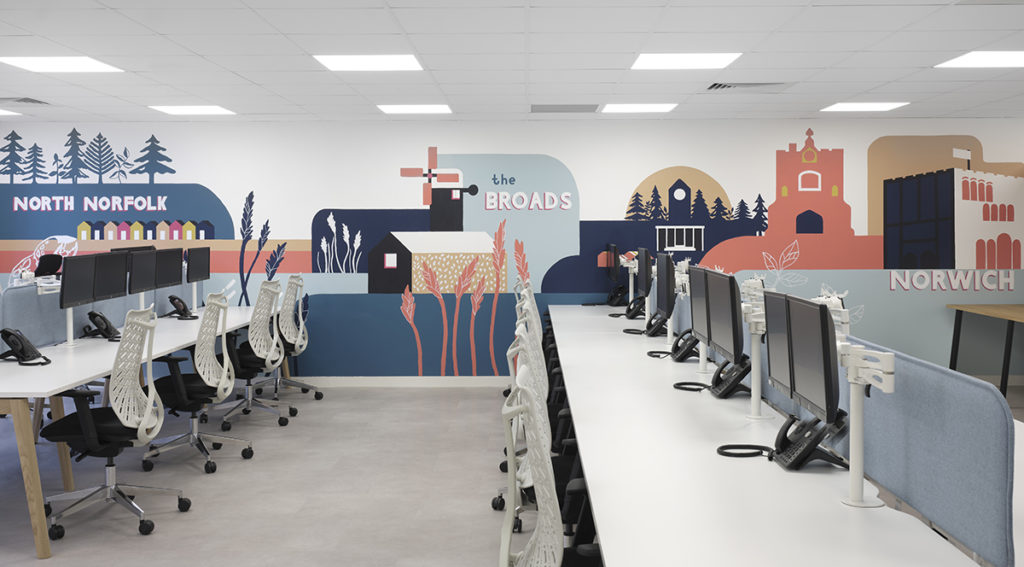 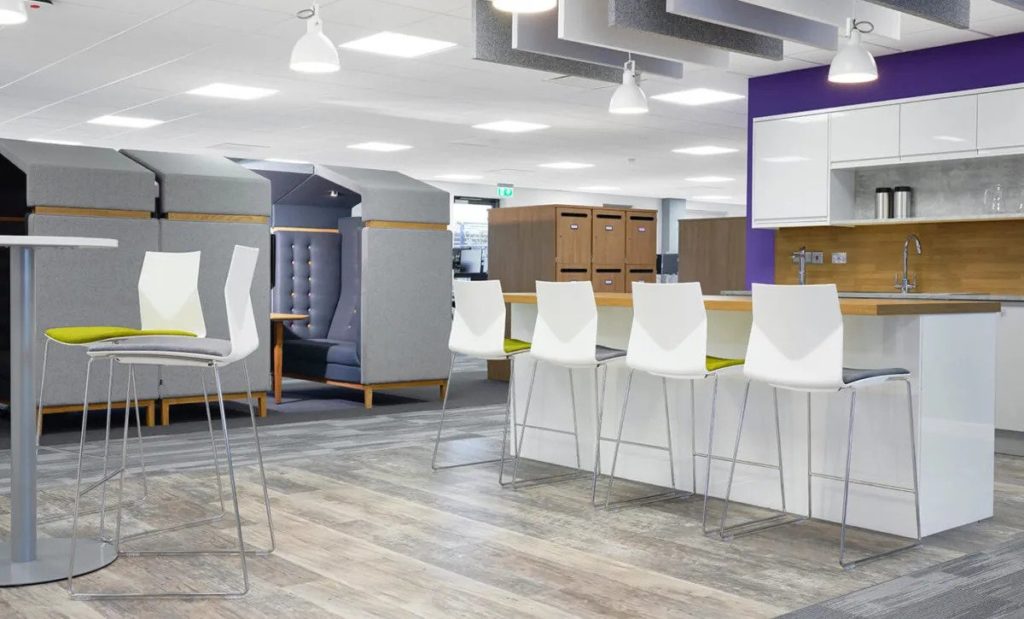 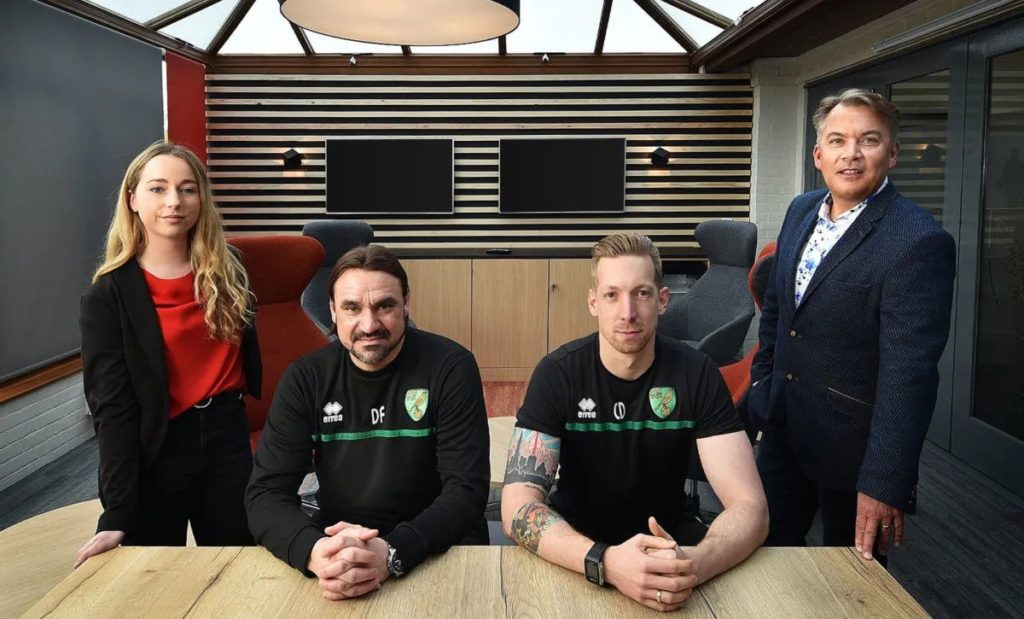 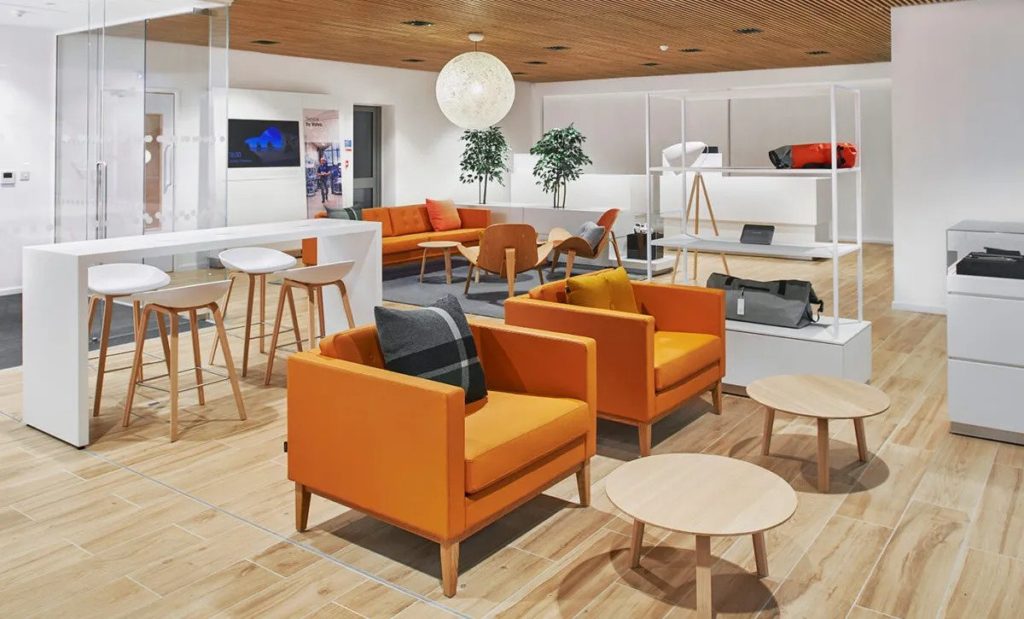